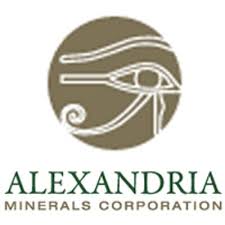 Alexandria Minerals Corporation (TSX-V:AZX) (OTCQB:ALXDF) (Frankfurt:A9D ) is pleased to announce that further to its press release dated September 11, 2018, the Company received final regulatory approval on September 12, 2018 and has closed its previously announced non-brokered private placement by issuing 18,190,910 common shares of the Company issued on a “CEE flow-through” basis pursuant to the Income Tax Act (Canada) at a price of $0.055 per Flow-Through Share, for gross proceeds of $1,000,500.  Finder’s fees of 6% cash were paid on the entire amount under the Offering in accordance with the policies of the TSX Venture Exchange.

In addition, the Company is also pleased to announce that further to its press release dated August 17, 2018, the Company received final approved and it has closed with certain third-party contractors the settling of an aggregate of $468,000 of debt by issuing 8,509,091 common shares of the Company at a price of $0.055 per common share.

All securities issued pursuant to the above-referenced Offering and debt settlements are subject to a statutory four month hold period.