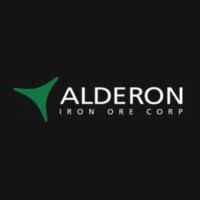 Alderon Iron Ore Corp. (TSX: IRON) is pleased to announce that it and The Kami Mine Limited Partnership have received the results of the updated Feasibility Study on the Rose Deposit of the Kamistiatusset Iron Ore Project in western Labrador. The updated FS was completed by BBA Inc. located in Montreal, Québec. The updated FS once again demonstrates the strong economics of the Kami Project which will produce a premium-quality iron ore concentrate with higher Fe content and ultra-low impurities relative to the 62%-Fe grade benchmark. Coupled with the sustained demand for high-grade iron ores, the robust project economics form the foundation of Alderon’s relaunch of its project financing efforts.

Highlights of the updated September 2018 FS include:

All of the planned production from the Kami Project has been pre-sold under the terms of off-take agreements with HBIS and a subsidiary of Glencore plc. The FOB concentrate sales price used in the financial analysis in the updated FS reflects the terms of these off-take agreements. Further details regarding the concentrate sale price are set out below in this news release.

“The updated FS is the final de-risking event prior to project finance that can be added to Alderon’s achievements, which include release from the Federal and Provincial environmental assessments, agreements for Power Purchase with Newfoundland and Labrador Hydro and for ship-loading services with Port of Sept-Îles, off-take agreements for 100 per cent of production, and a strategic partnership with HBIS,” stated Tayfun Eldem, President and CEO of Alderon.

“China’s drive to curb air pollution has led to significant steel sector restructuring and supply side reforms resulting in a steady demand for higher-grade and lower-impurity ores as steelmakers strive to lower emissions and boost blast furnace efficiency. The projected quality of Kami concentrates with 65.2% Fe-grade and ultra-low levels of alumina and phosphorus is perfectly positioned to meet the needs of Chinese steelmakers and serve as a sweetener for the base load of lower-grade ores from Australia,” explained Mr. Eldem.

“Timing of this milestone for Alderon cannot be better as it brings us closer to advancing the premium-grade iron ore project into production, at a time when high-grade material is selling at a strong premium,” stated Mark Morabito, Chairman of Alderon.

Total capital expenditures (including contingency) are estimated at $982.4 million. The capital cost estimate excludes closure costs and sustaining capital, which are expected to be in the order of $42.7 million and $449.1 million respectively for the life of the project. These costs are included in the financial analysis for the project. The updated FS capital cost estimate is based on an EPC (Engineering, Procurement and Construction) project execution strategy. The EPC portion of the total capital costs is estimated at $900.74 million. This was developed in collaboration with Duro Felguera, which is a potential provider of EPC services to the project should The Kami LP decide to proceed with this project execution strategy.

The updated FS assumes a Concentrate CFR selling price of $89.67/tonne. This price was calculated at a reference date of June 26, 2018, using the 3-year trailing average price of $63.30/tonne for the Platts IODEX 62% Fe, CFR North China, adding the spot Fe premium of $27.52/tonne and applying the discounts and premiums allowed by the HBIS and Glencore agreements (60% HBIS – 40% Glencore). The final price of concentrate loaded in ship (FOB) at Port of Sept-Îles assumed in the financial analysis is $73.17/tonne. The final price is determined after applying shipping costs estimated at $16.50/tonne.

Average life-of-mine operating costs are estimated at $30.72/tonne of concentrate. During the life of the project, leased equipment are replaced as they reach the end of their service life and these replacement costs are capitalized and reflected as part of the sustaining capital expenditures. Average LOM operating costs are based on the following:

The Mineral Resource estimate for the Kami Project was completed in Gemcom™ using block sizes of 15 m x 15 m x 14 m for Rose Central and Rose North and 5 m x 20 m x 5 m for Mills Lake and is based on results from 209 diamond drill holes at Rose Central and Rose North (170 holes) and Mills Lake (39 holes) zones totaling 62,247 m. These holes were drilled within the iron mineralization for approximately 2,000 m of strike length and a range of 200 to 400 m of width for Rose Central and Rose North. The holes were drilled on section lines that were spaced 100 m apart for both deposits in the main area of mineralization. For the geological modelling, 3-D bounding boxes defining the maximum extents of the Rose and Mills Lake deposit areas were created. The boxes extended approximately 200 m along strike from the outermost drill holes in each area. Mineralized boundaries extended up to a maximum of about 400 m on the ends of the zones and at depth where there was no/little drill hole information, but only if the interpretation was supported by drill hole intersections on adjacent cross sections or by solid geological inference.

The mining engineering work performed for this updated FS was based on the 3-D block model provided by Alderon. Pit optimizations were performed on the Measured and Indicated Resources and the pit shell that resulted in the maximum discounted NPV was selected as a guide for the pit design. The final Mineral Reserves were estimated after applying engineering and operational design parameters and include mining dilution and ore losses. BBA is of the opinion that the Mineral Reserve estimate derived in this updated FS reasonably quantifies the economical ore mineralization of the Rose Deposit. The Mineral Reserve estimate is effective as of August 12, 2018. The Proven and Probable Mineral Reserves presented in the table below are derived from the December 17, 2012 Mineral Resource estimate set out above. Only the Measured and Indicated Resources within the Rose Central and the Rose North Deposits have been considered in the updated FS and have been used for the estimation of Proven and Probable Mineral Reserves. The Mineral Resources within the Mills Lake Deposit have not been considered in the FS.

The updated FS is based on the same mineral processing flowsheet as the previous technical reports including the 2012 FS. The major infrastructure required to support the Kami Project, as stated in the updated FS, includes the following components:

Prior to construction commencing, the Company intends to re-assemble the owner’s team, award an EPC or EPCM contract, resume detailed engineering, and have construction financing in place. Construction is expected to last 26 months.

A NI 43-101 Technical Report is being prepared under the supervision of Mr. Angelo Grandillo, P.Eng, of BBA, a Qualified Person as defined by NI 43-101, with contributions from Mr. Jeffrey Cassoff, P.Eng, of BBA, Mr. James Powell of Gemtec, Mr. Peter Merry of Golder and Mr. Kociumbas. Mr. Grandillo is a Qualified Person as defined by NI 43-101 and is independent of Alderon. Mr. Grandillo has reviewed and approved the technical information contained in this news release, with the exception of the Mineral Resource estimate which was reviewed and approved by Mr. Kociumbas and the Mineral Reserve estimate which has been reviewed and approved by Mr. Jeffrey Cassoff, as noted above. Mr. Grandillo has verified all the data underlying the technical information disclosed in this news release.

Alderon is a leading iron ore development company in Canada. The Kami Project, owned 75% by Alderon and 25% by HBIS through The Kami Mine Limited Partnership, is located within Canada’s premier iron ore district, the Labrador Trough, and is surrounded by two producing iron ore mines. Its port handling facilities are located in Sept-Îles, the leading iron ore port in North America. HBIS is Alderon’s strategic partner in the development of the Kami Project and China’s second largest steel producer.