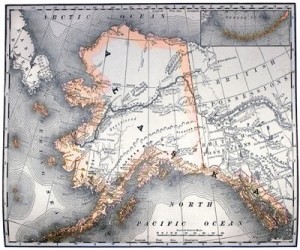 Ucore Rare Metals Inc (TSX VENTURE:UCU)(OTCQX:UURAF) is pleased to report on the passage of Senate Joint Resolution No. 8 by the State of Alaska Legislature. All 39 representatives in attendance voted in favor of the Resolution, which states the Legislature’s support for continued and increased exploration, extraction, processing and production of rare earth elements in the State.

Several Representatives spoke out in favor of the Joint Resolution, including Representatives Costello, Kreiss-Tomkins, Johnson, and Millett. A video record of the discussion is available at the following link: http://ucore.com/resolution8

In discussing the prospective positive environmental aspects of the Bokan Project and China’s domination of rare earth mining and downstream processing industries, Representative Craig Johnson noted, “I see a future for Alaska where we can become a state that processes these minerals….and this could be the future of Alaska.”

Representative Millett noted Alaska’s potential to play a crucial role in the US Department of Defense’s recent announcement to stockpile strategic rare earths such as dysprosium. She asked representatives to vote in favor of the Joint Resolution and to “…send a message to Congress that we are ready, willing, and able to serve their needs for rare earth elements”.

The Joint Resolution, introduced in the Alaska Senate by Senator Lesil McGuire with 15 co-sponsors, passed both the Senate (with all 20 Senators voting in favor) and Legislature unanimously. The Resolution will now be submitted to Governor Sean Parnell for ratification.

The Resolution speaks to a number of Federal entities, including the US Geological Survey, the US Department of Commerce, US Department of Defense and US Congress. The Resolution urges support for a number of initiatives, and expressly urges agencies that administer permits required for the development of rare earth element projects in the State, which include the Bokan Project, to expedite the consideration and issuance of such permits.

“We’re thrilled with the unanimous support of the Bokan Project by State of Alaska lawmakers,” said Jim McKenzie, President & CEO of Ucore. “We believe the passage of this Resolution in both the State Senate and House, particularly the high number of State Senators who joined in sponsoring the resolution, sends a very clear message that the state government stands behind initiatives for expedited development and facilitating of projects like the Bokan Project.”