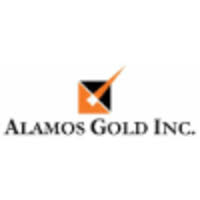 Alamos Gold Inc. (TSX:AGI) (NYSE:AGI) is pleased to announce initial gold production from the La Yaqui Grande mine, following the completion of construction this month, ahead of schedule. Stacking rates continue to ramp up with leaching activities beginning earlier in June.

To mark the occasion, the Company held a ceremony at site with President and Chief Executive Officer John A. McCluskey, members of the Alamos Gold Board of Directors, and employees from the La Yaqui Grande mine.

“This represents a significant achievement with construction of La Yaqui Grande having been completed ahead of schedule while navigating a challenging environment over the past few years with COVID-19. On behalf of Alamos, I would like to congratulate our entire team at Mulatos. La Yaqui Grande represents another in a long line of discoveries that have continued to extend the mine life of the overall Mulatos Complex since it began producing in 2005. Given its higher grades and recoveries, La Yaqui Grande underpins a strong outlook for Mulatos with higher production and lower costs driving growing free cash flow in the second half of this year and beyond,” said Mr. McCluskey.

A total of 991 ounces of gold were produced from the initial pour. La Yaqui Grande is expected to produce approximately 3,000 ounces in June which is already factored into second quarter consolidated production guidance of between 100,000 and 110,000 ounces of gold. Consistent with full year 2022 guidance, stacking rates at La Yaqui Grande are expected to ramp up through the second half of the year driving production higher and costs lower at Mulatos and company-wide starting in the third quarter. Combined with lower capital spending with construction of La Yaqui Grande completed, Mulatos is expected to generate strong mine-site free cash flow starting in the second half of the year. Costs are expected to continue to improve into 2023 reflecting a full year of production from La Yaqui Grande.

First announced in July 2020 as Alamos Gold’s next low-cost, high-return project in the Mulatos District, this large-scale construction project will extend the life of mine for at least five years thus sustaining the Company’s presence and importance in the production of gold in the state of Sonora, Mexico. La Yaqui Grande was completed ahead of schedule generating more than 1,000 jobs during the construction phase and will continue to sustain 450 direct jobs. 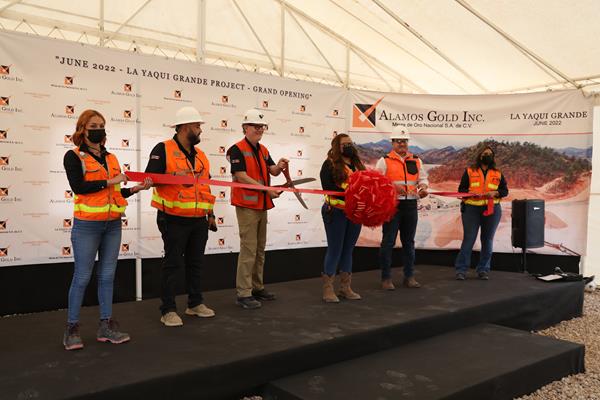 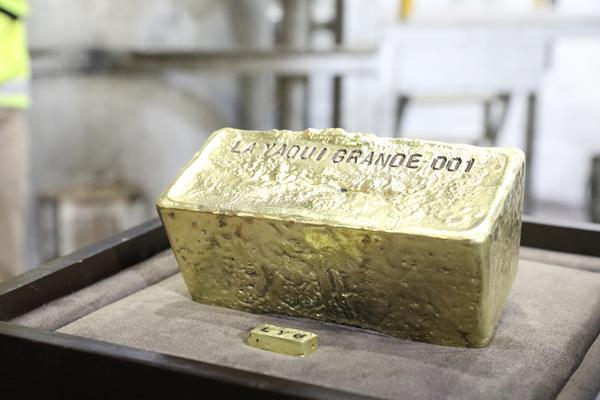 Alamos is a Canadian-based intermediate gold producer with diversified production from three operating mines in North America. This includes the Young-Davidson and Island Gold mines in northern Ontario, Canada and the Mulatos mine in Sonora State, Mexico. Additionally, the Company has a significant portfolio of development stage projects in Canada, Mexico, Turkey, and the United States. Alamos employs more than 1,700 people and is committed to the highest standards of sustainable development.