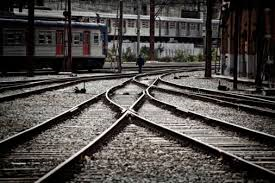 Alamos Gold Inc. (TSX:AGI) (NYSE:AGI) and AuRico Gold Inc. (TSX:AUQ) (NYSE:AUQ) are pleased to announce that they have entered into a definitive agreement to combine their respective companies by way of a plan of arrangement, creating a new, leading intermediate gold producer. The Merger combines two top-quality, highly-complementary asset portfolios, including two long-life, cash flow-generating gold mines: AuRico’s Young-Davidson mine in Ontario, Canada, and Alamos’ Mulatos mine in Sonora, Mexico. The transaction is structured as a merger of equals with a transaction equity value of approximately US$1.5 billion.

Under the terms of the Merger, holders of Alamos shares will receive, for each share held, 1 MergeCo share and US$0.0001 in cash, and holders of AuRico shares will receive, for each share held, 0.5046 MergeCo shares. Upon completion of the Merger, former Alamos and AuRico shareholders will each own approximately 50% of MergeCo (named Alamos Gold Inc.). In addition, a new company to be named AuRico Metals Inc., will be created to hold AuRico’s Kemess project, a 1.5% net smelter return royalty on the Young-Davidson mine, AuRico’s Fosterville and Stawell royalties, and will be capitalized with US$20 million of cash. Upon completion of the Merger, MergeCo will own a 4.9% equity interest in SpinCo. The remaining shares of SpinCo will be distributed 50% each to former Alamos and AuRico shareholders.

The merger is subject to shareholder and other applicable regulatory approvals and satisfaction of other customary conditions. The merger is expected to close in the second quarter of 2015.

Highlights of the Merger

John McCluskey, President and CEO of Alamos, stated: “We are very pleased to bring this transaction forward to the benefit of both sets of shareholders. Alamos has remained disciplined in its growth initiatives, building and preserving a robust balance sheet for the right opportunity. We believe the addition of the flagship, long-life Young-Davidson mine is just that opportunity. The combination of diversified production from three mines and a pipeline of low-cost growth projects in safe jurisdictions equate to a leading gold intermediate and a significant re-rate opportunity for our collective shareholders.”

Scott Perry, President and CEO of AuRico stated: “This merger with Alamos represents a logical business combination that will create a premier intermediate gold producer with a diversified asset base that includes three low-cost producing mines, a significant organic growth profile, a pipeline of high-quality development projects, all of which is underpinned by a solid balance sheet and led by an experienced and proven management team. We are confident that our shareholders will benefit from the value creation opportunities that will be realized through an expanded and more diversified asset base and enhanced cash flow generating capabilities. Shareholders will also benefit from the creation of SpinCo as they retain ongoing exposure to significant unlocked value in the highly prospective Kemess project, and stable, diversified sources of royalty revenue.”

Benefits to All Shareholders

The proposed transaction will be completed pursuant to a plan of arrangement and will require the approval of 66 2/3% of Alamos shareholders and 66 2/3% of AuRico shareholders. The directors and officers of Alamos and AuRico have entered into support agreements pursuant to which they agreed to vote their shares in favor of the proposed transaction.

Alamos and AuRico’s Board of Directors have determined that the proposed transaction is in the best interest of the respective shareholders, having taken into account advice from their financial advisors, and have unanimously approved the Merger. Alamos and AuRico’s Board of Directors recommend that their shareholders vote in favor of the proposed transaction.

In addition to shareholder approvals, the proposed transaction will be subject to applicable regulatory approvals and the satisfaction of other customary conditions. The Merger includes customary provisions, including fiduciary-out provisions, covenants not to solicit other acquisition proposals and the right to match any superior proposals. Termination fees of US$28.4 million will be paid to Alamos and US$37.5 million will paid to AuRico in certain circumstances should the Merger not be completed.

Pursuant to the plan of arrangement, the following assets will be transferred to SpinCo:

The senior executive team and Board of Directors of SpinCo will include:

Upon completion of the plan of arrangement, MergeCo will own a 4.9% equity interest in SpinCo. The remaining shares of SpinCo will be distributed 50% each to former Alamos and AuRico shareholders.

SpinCo will allow all shareholders to benefit from the advancement of the Kemess project and stable, diversified revenue generation from three royalty assets.

Alamos’ financial advisor is Maxit Capital LP and its legal counsel in Canada and the US is Torys LLP. Maxit Capital LP provided an opinion to Alamos’ Board of Directors that, as of the date thereof and subject to the assumptions, limitations and qualifications set out therein, the transaction is fair, from a financial point of view, to the shareholders of Alamos.

AuRico’s financial advisor is Scotiabank, its Canadian legal counsel is Fasken Martineau and its US legal counsel is Paul Weiss. Scotiabank provided an opinion to AuRico’s Board of Directors that, as of the date thereof and subject to the assumptions, limitations and qualifications set out therein, the transaction is fair, from a financial point of view, to the shareholders of AuRico.


Alamos is an established Canadian-based gold producer that owns and operates the Mulatos Mine in Mexico, and has exploration and development activities in Mexico, Turkey and the United States. The Company employs more than 500 people and is committed to the highest standards of sustainable development. As of March 30, 2015, Alamos had 127,357,486 common shares outstanding (140,164,052 shares fully diluted), which are traded on the TSX and NYSE under the symbol “AGI”.

AuRico Gold is a leading Canadian gold producer with mines and projects in North America that have significant production growth and exploration potential. The Company is focused on its core operations including the cornerstone Young-Davidson gold mine in northern Ontario, and the El Chanate mine in Sonora State, Mexico. AuRico’s project pipeline also includes the advanced development Kemess Property in northern British Columbia and the Lynn Lake Gold Camp in northern Manitoba. The Company also has other exploration opportunities in Canada and Mexico. AuRico’s head office is located in Toronto, Ontario, Canada.