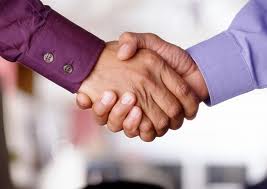 Alamos Gold Inc. (TSX:AGI) (NYSE:AGI) and Orsa Ventures Corp (TSX VENTURE:ORN) are pleased to announce that an overwhelming majority of Orsa shareholders who voted today at Orsa’s Special Meeting of Shareholders have voted to approve the plan of arrangement pursuant to which Alamos will acquire all the issued and outstanding common shares of Orsa. Over 98% of the securities voted at the Meeting were voted in favor of the special resolution approving the Arrangement.

Pursuant to the terms of the Arrangement, Orsa shareholders will receive C$0.10 in cash for each common share of Orsa held. The transaction values Orsa’s equity at approximately C$3.5 million on a fully diluted in-the-money basis.

Alamos is an established Canadian-based gold producer that owns and operates the Mulatos Mine in Mexico, and has exploration and development activities in Mexico and Turkey. The Company employs more than 600 people and is committed to the highest standards of sustainable development. Alamos has approximately $445 million in cash and cash equivalents, is debt-free, and unhedged to the price of gold. As of September 10, 2013, Alamos had 127,508,986 common shares outstanding (138,248,848 shares fully diluted).