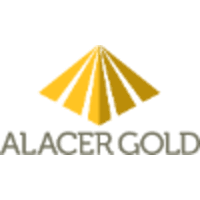 Alacer Gold Corp. [TSX: ASR) (ASX: AQG] is pleased to announce that the ongoing Ardich step-out drilling program confirms a significant extension of the mineralization. The interim Indicated Mineral Resource increased 28% to 816,600 contained gold ounces and the Inferred Mineral Resource increased by 519% to 593,900 contained gold ounces. Exploration has been focused on determining the extent of the viable mineralized target rather than infill drilling for resource conversion. Exploration continues and is being accelerated with 7 diamond drill rigs currently on site.

Rod Antal, Alacer’s President and Chief Executive Officer, stated, “The Ardich Mineral Resource has grown into a significant discovery. We are continuing to define the extent of the mineralization, with the expectation that the deposit will continue to grow with additional drilling.

Ardich is an important part of our medium-term growth strategy to deliver significant additional oxide production from near-mine deposits. Both Ardich and Çöpler Saddle abut existing active mining areas. Our study team is working on options for starter pits and concurrently the exploration team is rapidly exploring the SE area of Ardich, which though less explored, shows great promise and may be brought into production faster given its proximity to, and probable connection with, Çakmaktepe.

We are in an enviable position to have multiple processing options adjacent to quality near-mine targets such as the Ҫӧpler Saddle and Ardich. We are working on the development plans to deliver additional ounces in both the shorter and for the long term.”

Resources have demonstrated reasonable prospects for eventual economic extraction by falling within an economic pit shell, using the listed design parameters. The Corporation is not aware of any new information or data that materially affects the information included in these tables and that all material assumptions and technical parameters underpinning the estimates in these tables continue to apply and have not materially changed. Rounding differences will occur.

The Mineral Resource estimate was based on a 3D geological solids model developed within constraining fault blocks. Lithological units are shifted within each fault block. Gold mineralization was modeled along the geologic contacts and fault zones. Mineralized zones were used to generate a block model estimate of the deposit mineralization. Model construction used drill data and surface mapping interpretation through October 1, 2019. The block model contains estimated grades for gold, sulfur and carbon. Ardich contains trace occurrences of silver and copper. These two elements are not present to a level necessary for grade estimation and inclusion into pit shell economics.

Conventional heap leach processing recovery estimates are based on the most current information available through three phases of test work, including column leach testing. Metallurgically, the deposit was originally divided into two zones, Main and East, as well as being divided by lithology and sulfur grade. In early 72-hour bottle roll testing at a crush size of 80% -12.5 mm the East Zone showed somewhat lower recoveries than the Main Zone. However, this recovery differential was not apparent in the most recently completed full duration column leach test results, and the zonal distinction between Main and East has therefore been dropped for this resource update. Potential zonal effects will continue to be monitored in future test work on new drill intervals from the SE extension drilling currently underway.

Ores with sulfur grades below 1% and potentially up to 2%, have been shown to be amenable to conventional heap leaching. Metallurgical recoveries vary by rock type and sulfur content. After applying a 96% adjustment factor for expected full scale heap leach recoveries versus laboratory column test results, these recoveries range from 40% (for higher sulfur ores) to 76% with a resource weighted average 63%.

Initial floatation test work has been completed for sulfide material from which a gold concentrate can be produced in addition to cyanide leach recovery from tailings. Sulfide material is considered as ores with sulfur grades greater than 2% and those which are not amenable to heap leaching. Metallurgical recoveries are estimated to range from 73% – 77% with costs based on completed studies to date and industry benchmarking.

A pit shell was evaluated using Whittle, based on $1,500/ounce gold price for the Ardich Mineral Resource estimate. Inputs for the pit shell generation include the most current information available for geotechnical conditions, operating costs, reagent consumptions, and metallurgical recoveries.

These holes were used to define the Mineral Resource estimate. In addition, MRMR geotechnical logging was completed for the majority of the Ardich holes. Samples were also collected for metallurgical testing to evaluate processing options.

Exploration is focused on mineralization located to the SE of the discovery area and the newly defined Mineral Resource. Current work includes:

Opportunities exist to process Ardich ores at either the existing Ҫӧpler plant facilities or to ultimately construct standalone processing facilities at Ardich. Construction is underway for the first 6Mt stage of expansion of the Çöpler heap leach pad and engineering is almost complete for subsequent phases of the expansion to a total of about 25Mt capacity. Construction of subsequent phases of the Çöpler heap leach pad expansion will only be committed to as part of a development of Ardich or other near-mine oxide resource. Standalone oxide processing facilities of varying size (some >50Mt) have also been conceptualized in a preliminary scoping study. A study team is working on the various options and we will share these when the development pathways are clarified.

A three-phase metallurgical testing program was conducted by McClelland Laboratories, Inc. (Sparks, NV, USA), under the guidance of Metallurgium. All three phases comprising bottle roll cyanide leaching tests and column leach tests have been finalized with good recovery results. The final column leach test results were evaluated to derive projected commercial heap leach performance parameters. The projected performance parameters are summarized in Table 2. A factor of 0.96 (i.e. 4% discount) was applied to the McClelland Laboratories’ average column leach test gold extractions by ore type to allow for scale-up from columns to a commercial heap operation. The weighted average recovery is estimated at 63% for the heap leach ore.

Alacer is a leading low-cost intermediate gold producer whose primary focus is to leverage its cornerstone Çöpler Gold Mine and strong balance sheet as foundations to continue its organic multi-mine growth strategy, maximize free cash flow and therefore create maximum value for shareholders. The Çöpler Gold Mine is located in east-central Turkey in the Erzincan Province, approximately 1,100 km SE from Istanbul and 550km east from Ankara, Turkey’s capital city.

Alacer continues to pursue opportunities to further expand its current operating base to become a sustainable multi-mine producer with a focus on Turkey. The Çöpler Mine is processing ore through two producing plants. With the recent completion of the sulfide plant, the Çöpler Mine will produce over 3.5 million ounces for approximately the next 20 years.1

The systematic and focused exploration efforts in the Çöpler District have been successful as evidenced by the newly discovered Ardich deposit. The Çöpler District remains the focus, with the goal of continuing to grow oxide resources that will deliver production into the future. In the other regions of Turkey, targeted exploration work continues at a number of highly prospective exploration targets.

Alacer is a Canadian company incorporated in the Yukon Territory with its primary listing on the Toronto Stock Exchange. The Company also has a secondary listing on the Australian Securities Exchange where CHESS Depositary Interests trade. Alacer owns an 80% interest in the world-class Çöpler Gold Mine in Turkey operated by Anagold Madencilik Sanayi ve Ticaret A.S. and the remaining 20% owned by Lidya Madencilik Sanayi ve Ticaret A.S.