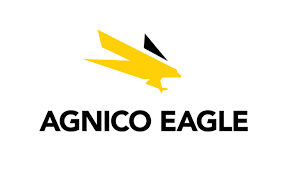 Agnico Eagle Mines Limited (NYSE: AEM,) (TSX: AEM)  announced that it has formed an Exploration Joint Venture in Colombia with Newmont Corporation (NYSE: NEM) (TSX: NGT).  The 50-50 Joint Venture, which will be operated by Agnico Eagle, will explore the Anza project and seek other prospective gold targets of district-scale potential in Colombia.

“The Anza project is well located within the Mid-Cauca belt in Colombia which hosts several world class gold deposits.  Historical work on the project indicates the potential for various styles of mineralization, including porphyry, epithermal and VMS”, said Guy Gosselin, Agnico Eagle’s Senior Vice-President, Exploration.  “Agnico Eagle has been actively looking at Colombia for some time, and this low-cost entry is consistent with our exploration strategy and existing investment in Royal Road Minerals.  We look forward to working with our Joint Venture partner Newmont to advance the Anza project”, added Mr. Gosselin.

The Anza project is a gold exploration project, comprising exploration contracts and applications totaling approximately 200 km2 located in the Mid-Cauca belt in Colombia.  The project is 50 km west of Medellin and 60 km south from Zijin Mining’s Buritica operation.  More information on the Anza project and Newmont’s previously announced Exploration Agreement with Orosur Mining Inc. with respect to the Anza project can be found in Orosur’s news release dated September 10, 2018.

Agnico Eagle will sole fund the Joint Venture until expenditures equal Newmont’s previous investment in the Anza project (approximately $2.9 million), which is expected to be achieved in the next 12 months.  Thereafter the parties will continue funding on a 50-50 basis.

Agnico Eagle is a senior Canadian gold mining company that has produced precious metals since 1957. Its operating mines are located in Canada, Finland and Mexico, with exploration and development activities in each of these countries as well as in the United States and Sweden. Agnico Eagle and its shareholders have full exposure to gold prices due to its long-standing policy of no forward gold sales. Agnico Eagle has declared a cash dividend every year since 1983.