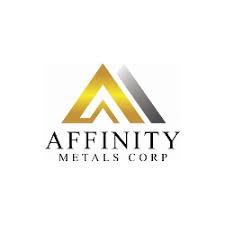 The three drill holes in this initial phase of exploration work were drilled within the Deloro geological assemblage and were located to test an airborne acoustical EM target at depth. Carx-20-01 was collared at UTM coordinate 450544.7 m E, 5360519 m N (Zone 17), and was drilled with a dip of 86 degrees at an azimuth of 348 degrees. This drill hole was successful in intersecting gold mineralization within a cherty banded iron formation that returned 0.21 g/t over 2 m from 429 m to 531 m. A second intersection further down the hole in a sheared metavolcanic breccia with quartz-carbonate veining and pyrite/chalcopyrite mineralization returned 0.21 g/t gold over 6 m from 535 m to 541 m. Carx-20-02 collared at 450596 m E, 5360519 m N and Carx-20-03 collared at 45068.8 m E, 5360525.6 m N also intersected numerous zones of sheared metavolcanics containing mineralized quartz calcite veining that also returned anomalous values for gold.

Drill core was logged and intervals selected for sampling were split using a diamond saw. Half core samples were submitted to Northern Mining Analytical Laboratory of Timmins, Ontario for gold analysis using fire assay with atomic absorption finish. NMAL is certified by the Standards Council of Canada to ISO/IEC standard 17025:2017. Internal laboratory QA/QC was carried by insertion of certified reference materials (blanks, standards and duplicates) into the sample stream.

The Corporation is encouraged with the initial results from this program in that gold mineralization encountered in holes Carx-20-01 to 03 is similar to gold mineralization reported in the banded iron formations and sheared metavolcanic breccia with quartz calcite veining observed at the Wire Gold occurrence on the neighbouring Kirkland Lake – Melkior Carscallen JV Project.

Initial exploration plans identified several prospective targets on various locations on the property. This initial drilling was designed to test one of the anomalies with the most cost effective logistics that would test the correlation of potential mineralization with the acoustical EM geophysics model. The property hosts multiple targets that warrant further exploration given the initial apparent confirmation of the exploration model.

Affinity CEO, Rob Edwards, stated, “Affinity is fortunate to be in the Timmins Exploration Camp; the prolific area hosts some very successful projects and companies as neighbors. We are encouraged by the initial drill results on the Carscallen Extension Project and are looking forward to using the information we have assembled with this first phase of exploration to further our success in this area. Now that we seem to have initial confirmation of the model, the targets that require a little more work logistically will warrant further exploration. We will be working with our geophysics and geology teams to synthesize the initial models with detailed core logging and drill results to better confirm targets for further exploration. With the information now available, our team can move forward with a higher degree of certainty that their combined knowledge and technology have the potential to identify anomalous systems hosting large scale mineralization.”

Affinity is focused on the acquisition, exploration and development of strategic metal deposits within North America. Affinity has outlined a hybrid exploration model combining the advancement of strategic assets in addition to implementing a Project Generator approach to other prospective properties in the Corporation’s portfolio.

Drill results from the late fall 2020 exploration program conducted on the Corporation’s Regal Project are pending.

Affinity also holds several other prospective mineral properties including the Windfall North property that is adjacent to the north and on trend with Osisko’s growing Windfall deposit.