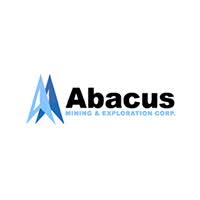 Abacus Mining & Exploration Corporation (TSX-V: AME) is pleased to provide drill results from the 2021 program on the Willow porphyry copper project in the Yerington copper camp, southeast of Reno, Nevada.

The Company drilled three holes totaling approximately 1700 metres on Willow in 2021 (see Company website for locations). All holes intersected the Luhr Hill granite, which is the host rock of the four known porphyry copper-molybdenum (Cu-Mo) deposits in the Yerington camp. Two holes drilled on Willow by Abacus in 2018 also identified the Luhr Hill granite, with one of these just entering the granite before being lost.

All 2021 holes hit significant composited intervals of low-grade copper and molybdenum mineralization, which are detailed in the table below. All were well mineralized and altered, with individual intervals as high as 0.37% Cu over 1.1 m in AW21-001 and 0.38% Cu over 0.2 m in AW21-003. The results indicate close proximity to a porphyry copper center and clearly indicate that further drilling is warranted.

Sampling was mostly done on 0.6-1.7 m intervals over the bottom portion of each hole, but the sampling was not continuous. There were 55 samples taken in AW21-001 over 239 m, 48 samples in AW21-002 over 364 m and 47 samples taken in AW21-003 over 320 m. Intercepts are calculated weighted averages using Target software, with the assumption being that the intervals without analyses ran the same as the average. They are not intended for use in any future resource calculation, but instead to give an idea of the approximate grade and location of Cu and Mo mineralization.

“I am pleased with the Willow drill results to date,” commented Paul G. Anderson, President and CEO of Abacus. “The Company continues to intersect the Luhr Hill granite, the host granite for the porphyry copper deposits in the camp, and these are clearly mineralized with copper and moly over significant widths. The Company continues to believe that a porphyry copper center with better mineralization exists on Willow. Porphyry copper systems are large in extent, and most of Willow remains untested.”

The Company analyses all drill holes for a large suite of geochemical elements, which provides a great deal of data to vector into further drilling. This work is complicated by the fact that the originally upright porphyry system is now lying on its side, with many of its features buried by later volcanics. The upper parts of the holes were not sampled, as they contain no porphyry units.

Cu-Mo porphyry deposits at Yerington occur at the contact of the Luhr Hill granite porphyry and surrounding volcanic rocks, or else close to the granite but associated with porphyry dyke swarms further into the volcanic package. As there are no known instances of this granite in the camp without an associated porphyry, the discovery of Luhr Hill granite on Willow marks a key new discovery, which means that there is a very high likelihood of a Cu-Mo deposit being found on Willow.

Abacus completed geological, geochemical and geophysical work on Willow beginning in 2017, identifying an extensive zone of intense silicic and advanced argillic alteration, marked by coincident geological, geochemical and geophysical signatures typical of a porphyry Cu-Mo deposit. A short core drilling program the following year identified the Luhr Hill granite on Willow with copper values in the 0.1% to 0.2% Cu range along with elevated Mo. The Molybdenum values are a particularly strong indicator that you are close to a porphyry copper center.

The Company’s target is essentially identical to the two largest porphyry deposits in the Yerington camp, namely the past-producing Yerington mine and the undeveloped Ann Mason deposit. Because the target at Willow is covered by later volcanism, prospecting by drill and sampling for geochemistry is the only effective means of trying to locate a porphyry center, and this often takes several drill campaigns to achieve, with each successive campaign vectoring closer to a porphyry center.

Of the porphyries in the camp, the Ann Mason deposit lies adjacent and east of Willow and is held by HudBay Minerals. In 2021, Hudbay announced an updated PEA on Ann Mason with a revised M&I resource of 2.2 billion tonnes at 0.34% Cu. Lion Copper and Gold (formerly Quaterra Resources) control the Yerington, Bear and MacArthur porphyries further to the east. Anaconda mined the Yerington porphyry between 1952 until 1978, producing 1.6 billion pounds of copper. MacArthur ((M&I of 159MT at 0.212% Cu)* has seen some past production and is currently undergoing a Prefeasibility Study. In March of 2022, Lion announced that Rio Tinto had taken an option on the company’s Yerington assets. Nevada Copper is in production to the southeast at its Pumpkin Hollow skarn (P&P of 572 MT at 0.4% Cu).

Abacus has the right to earn a 75% ownership interest in the Willow property from Almadex America Inc, a wholly owned subsidiary of Almadex Minerals Ltd. The Company also has a lease on the contiguous Nev-Lorraine claims giving it the right to explore and to elect to purchase these claims outright over a ten-year period. The entire claim group is known as the Willow Property.

Abacus also holds a 20% ownership interest in the Ajax copper-gold porphyry project, located near Kamloops, British Columbia., which is managed by base metal major KGHM Polska Miedź S.A., who hold the remaining 80%. The Ajax Project contains significant quantities of copper and gold, within a NI 43-101 Proven and Probable Mineral Reserve of 426 Mt at 0.29% Cu, 0.19 g/t Au and 0.39 g/t Ag. Contained metal is in the order of 2.7 Bil lbs Cu, 2.6 Moz Au and 5.3 Moz Ag**.

The technical information in this news release has been reviewed and approved by Paul G. Anderson, M.Sc., P.Geo., a Qualified Person within the meaning of National Instrument 43-101.

*Data is from the respective Company websites. The Quaterra report is by M3 Engineering and Technology Corp, May 23, 2012. Amended NI 43-101 Technical Report Preliminary Economic Assessment Lyon County, Nevada, US.

Abacus is a mineral exploration and mine development company currently focused on copper and gold in B.C. and Nevada. The Company’s main asset is a 20% ownership interest, together with KGHM Polska Miedź S.A. (80%), in the proposed copper-gold Ajax Mine located southwest of Kamloops, B.C., which has undergone a joint provincial and federal environmental assessment process. On December 14, 2017, a decision was made by the B.C. Minister of Environment and Climate Change Strategy and the Minister of Energy, Mines and Petroleum resources to decline to issue an environmental assessment certificate for the Project. KGHM have recently reopened an office in Kamloops, B.C. to facilitate First Nation, community and governmental engagement in order to advance the project towards a potential resubmission of the environmental application.

Abacus also holds an option on the Willow copper-gold property located near Yerington, Nevada in which it can acquire up to a 75% ownership interest, and the contiguous Nev-Lorraine claims subject to a ten-year lease agreement.