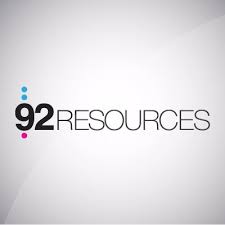 In 2017, the Company discovered and sampled the CV1 and CV2 pegmatite’s, which returned grab samples of 3.48% Li2O and 1.22% Li2O, respectively. As follow-up, the 2018 summer field program was completed, and has further defined the CV1 Pegmatite as well as discovered new lithium-bearing prospects on the Property (see news release dated August 13th, 2018).

The primary objectives of the ten day program were to obtain preliminary grade over width information for the CV1 and CV2 pegmatites through surface channel sampling, and to prospect both along strike and regionally for additional spodumene-bearing pegmatite occurrences. Highlights from the recently completed summer work program include:

￮ CV4, located approximately 3 km northeast and along strike of CV1, with a grab sample of 0.74% Li2O

Both the CV1 and CV2 pegmatites demonstrated strong grades of lithium, with each individual channel from the CV1 Pegmatite having returned greater than 1% Li2O over its entire cut length, with individual samples greater than 2% Li2O. Collectively, this is a strong indication of continuity of mineralization over the known strike-length of the pegmatite. The CV2 pegmatite returned its strongest mineralization to date with 2.04% Li2O over 1 m.

In addition to the strong grades of lithium, unexpectedly high-grades of tantalum were also returned from both the CV1 and CV2 pegmatites. Each channel cut of the program returned anomalous to well mineralized tantalum, with numerous samples assaying greater than 200 ppm Ta2O5, including an interval of 2.28% Li2O and 471 ppm Ta2O5 over 2 m. Analytical results for each full channel are presented below in Table 1 as well as at the following links:

Advisory Board Member and Qualified Person (QP) Darren L. Smith comments: “the results of the recent program are highly encouraging with the demonstrated lithium potential of the Property now significantly expanded beyond the CV1-2 area. In addition, the discovery of strong grades of tantalum associated is an equally positive development and adds further credence to the economic prospects of the Project. We look forward to further delineating this association as the processing and recovery of tantalum from spodumene-bearing pegmatites is well-established.”

The CV1 and CV2 pegmatites trend sub-parallel (~70°) to one another, separated by approximately 50 m. A majority of the channel sampling was completed at the larger CV1 Pegmatite with 5 channels for 40 samples collected. A further 2 channels, for a total of 8 samples, were collected from the CV2 Pegmatite, located to the north of CV1.

The largest channel cuts of the CV1 Pegmatite were limited to 11 m due to the outcrop’s physical characteristics, including relatively rounded and steep edges making channel sampling impractical in these areas. As such, the widths of the channel cuts at CV1 do not cover the entire exposed width of the pegmatite body as its width ranges mostly between 12 and 30 m as exposed. Further, as several channel cuts end in strong mineralization, the mineralization of the CV1 Pegmatite is indicated to be wider than that sampled.

Of additional note, the surface mapping successfully extended the strike length of the CV1 pegmatite on the Property to at least 175 m, with the east end truncated by a shallow lake, along with indications that the pegmatite continues beneath the surface.

92 Resources President & CEO Adrian Lamoureux comments on the successful exploration program at Corvette: “We are very pleased with these initial results as it further acknowledges our belief of the potential that the Corvette Project has to unlock. As reported in our last news release, we were able to increase our foothold in this exciting district and plan to be very active moving forward. Last year we made a conscious decision to direct all of the Company focus on our projects in Quebec for several reasons. We believe that, not only the high potential these projects could offer but also because of our technical teams’ abilities, long-standing relationships, and valuable work experience in Quebec. Furthermore, the Province of Quebec is one of the most geo-politically stable and mining friendly jurisdictions globally, is very navigable, cost-effective to explore, and an overall pro-exploration province. We look forward to continuing to unlock value for our shareholders and stakeholders.”

As recently announced, the Company’s regional program at Corvette resulted in the discovery of an additional four (4) spodumene-bearing outcrops on the Property (see news release dated August 13th, 2018). The discoveries outline two distinct trends/occurrences, termed the “CV3” and “CV4” pegmatites, with the Company now pleased to report grab samples results of 1.61% Li2O and 0.74% Li2O, respectively. The discoveries are significant and led the Company to expand its land position, through map designation, as announced August 13th, 2018 as well as executing an Option Agreement with Osisko Mining Inc. for the adjoining FCI Property, as announced September 4th, 2018.

The CV3 Pegmatite exposure is approximately 20 m in length and 3 m in width and is located approximately 250 m south of the CV1 Pegmatite. Its presence indicates a new sub-parallel spodumene-bearing dyke is present and further emphasizes the potential for additional dykes to be present in the area.

The CV4 Pegmatite discovery is characterized by three spodumene-bearing outcrops, spanning a distance of approximately 140 m, and is situated approximately 3 km along strike to the northeast of the CV1-2-3 pegmatite area. This discovery highlights the size of the mineralized system at Corvette. Further, the extensive lateral extent between the discovery areas, as well as the size of the CV1 Pegmatite, suggest a strong potential for lateral continuity and significant depth extent of the pegmatite dykes. As the CV4 Pegmatite discovery was made on the last day of the program, the area remains to be prospected in detail. Moreover, when coupled with the newly acquired ground (map designated) on trend to the northeast, more than 6 km of prospective strike length remains to be evaluated. This is in addition to the FCI Property ground covering the trend to the southwest for a combined total prospective strike length of approximately 15 km.

Company President and CEO, Adrian Lamoureux, further comments: “We are strongly encouraged with the results of the recent surface exploration at Corvette. The CV1 Pegmatite appears far larger than first estimated, with the channel sampling demonstrating a strong continuity of mineralization along it. The numerous samples of greater than 2% Li2O demonstrate grade in the system, and the new discoveries of CV3 and CV4 indicate considerable “blue-sky” potential”. We are very excited as we continue to advance and develop the potential at Corvette as well as the newly acquired adjoining FCI Property.”

Permitting is underway for a maiden drill program focused on the CV1 and CV2 pegmatite occurrences. In addition, surface work is planned as follow-up to the CV3 and CV4 discoveries made during the 2018 summer work program, as well as further regional work. With respect to the FCI Property option, the Company is currently emplacing the Steering Committee and intends to meet shortly to outline the near-term exploration plans and objectives, and to further ensure a complete synergy with the Company’s Corvette Property exploration.

The Corvette and FCI properties are also prospective for gold with numerous anomalous gold samples returned from the recent field program at Corvette. Although gold is not the primary focus at Corvette-FCI, the Company will continue to diligently evaluate its potential.

Darren L. Smith, M.Sc., P. Geol., of Dahrouge Geological Consulting Ltd., a Qualified Person as defined by National Instrument 43-101, supervised the preparation of the technical information in this news release.