60% of Global Cobalt Supply at Risk as DRC Crackdown Intensifies

60% of Global Cobalt Supply at Risk as DRC Crackdown Intensifies 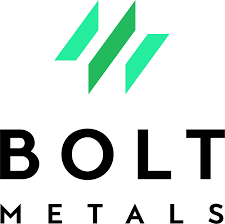 Bowing to international pressure to shutter its conflict-sourced cobalt, Huayou is the latest conglomerate to exit the DRC, joining Apple, Google and several auto manufacturers. Huayou is looking to raise $870m in an effort to expand nickel and cobalt sulphate production in Indonesia. Huayou’s plant in Indonesia’s Morowali Industrial Park is expected to produce at least 60,000 tonnes of nickel content per year within 2 years.

Ranjeet Sundher, CEO of Bolt Metals, comments, “Cobalt remains an important ingredient in battery chemistries, and international markets are increasingly demanding conflict-free sources for the metal. Bolt Metals believes Indonesia represents a unique opportunity to exploit cobalt as a byproduct of the countries abundant nickel resources. Our flagship Cyclops nickel-cobalt asset has demonstrated strong results from 2018-19 drilling and benchmark analysis, providing an essential foundation for the eventual development of a pilot plant.”

1 The Company has not made a decision to proceed to production and would not do so without first establishing mineral reserves.

BOLT Metals is a Canadian‐based exploration company focused on the acquisition and development of production grade nickel and cobalt deposits, key raw material inputs for the growing lithium‐ion battery industry.