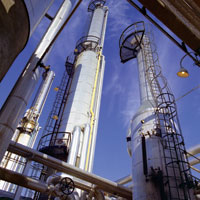 The New Proposal reflects comments 49 North received from Debentureholders in connection with its prior proposal to exchange the Debentures for preferred shares of the Company. In particular, some Debentureholders advised the Company they are unable to hold equity securities. In an attempt to accommodate all of its Debentureholders as best as possible, 49 North has therefore revised its original restructuring plan.

The rationale for the New Proposal is the same as what led the Company to initiate its original restructuring proposal – the current dismal state of the junior resource capital market, which has prompted management and the board of directors of 49 North to deem it prudent to seek the approval of Debentureholders in restructuring the Company’s outstanding liabilities.  Although the 2013 Debentures do not mature until September 24th of this year and the 2014 Debentures in June of 2014, it is the opinion of management and the board of directors that market conditions do not support the planned refinancing in the near term.  Under normal circumstances, 49 North’s portfolio of publicly traded resource issuers would be relied upon as a source of cash flow to satisfy obligations of this nature. In the current protracted downturn, however, the dramatic disintegration of both value and liquidity has severely limited the cash flow the Company can generate from assets at this time. The restructuring plan contained in the New Proposal is designed to preserve the value of 49 North’s substantial portfolio of assets while offering full value and the highest possible returns to Debentureholders and other stakeholders.

As announced, in conjunction with the restructuring, the board of directors and management have reduced general corporate overhead by approximately 30%, reduced management fees by 85% and suspended the payment of directors fees.  These steps, along with the elimination of bank debt, which occurred in November and December of 2012, have been taken in order to put the Company on a strong financial footing.

49 North believes the New Proposal is a viable alternative to its original plan and is advantageous for Debentureholders for the following reasons:

Implementation of the New Proposal is subject to receipt of approvals from the TSX Venture Exchange.

49 North is a Saskatchewan focused resource investment company with strategic operations in financial, managerial and geological advisory services and merchant banking. Our diversified portfolio of assets includes direct project involvement in the resource sector, as well as investments in shares and other securities of junior and intermediate mineral and oil and gas exploration companies.