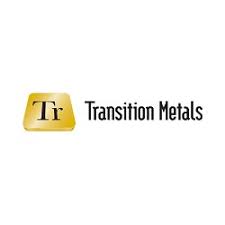 Transition Metals Corp (TSX-V: XTM) is pleased to announce initial assay results from a program of reverse circulation drilling initiated this spring at the Highland Gold project in Cape Breton, Nova Scotia. Of note, hole 19-TMC-RC-01 returned an interval averaging 16.15 grams per tonne gold over 4 meters within an interval where composite sampling returned 8.0 metres grading 5.90 g/t gold. The results were obtained from shallow drilling near an area of exposed mineralization referred to historically as the 6A Zone. The 6A Zone is located approximately 2 kilometers to the east of Main Zone where drilling completed in the fall by the Company returned a 9.14 metre intersection grading 23.22 g/t Au (see Transition news release dated January 14, 2019).

Company CEO Scott McLean commented, “Once again we are encouraged by results coming from the first six of 28 holes completed at the Highland Project. Drilling has returned encouraging assay results from a second site (6A) located 2 kilometers to the east of our previous success at Main Zone along a structural trend that can be traced across the central portion of the property for more than 4 kilometres. This structural trend is only one of several of similarly oriented potentially gold bearing structures that we have identified that need to be drill tested.”

Table 2 presents a summary of highlight intervals returned from composite sampling completed on the first 6 of 28 completed holes.

Composite sampling was employed as a means of providing continuous downhole sampling coverage to highlight intervals meriting more detailed sampling and analysis. Composite samples consisted of one kilogram split samples taken from each one metre of sample recovered combined over four consecutive one metre sampled intervals. The Qualified Person cautions that results from composite sampling should be considered preliminary in nature and that where available, assay results from the detailed 1.0 metre sampling should be considered more representative of the variation in grade over length than can be interpreted from the composite sampling data. Results reported in Table 2 are therefore considered preliminary in nature until of the results pending from detailed sampling results have been reviewed.

The objective of the 2019 spring RC drilling program was to investigate mineralized showings accessible from the MacMillan Road to assess larger scale secondary order structures highlighted by the geophysical survey flown over the property in 2018. The program was designed to collect close spaced, near surface bedrock information where detailed structural information obtained from trench mapping was available to further assess and test controls on mineralization occurring along this trend. In total 28 holes for 568 metres were completed in May and June of 2019. Results in this news release report the first batch of assay results returned from composite and select one metre samples collected from the first six holes. Assay results from the balance of the 28 holes remain pending.

Percussion RC drilling collects a pulverized rock sample similar to that obtained from RAB drilling but recovers that sample through the center of the rods in a more controlled fashion than the RAB methodology. Percussion drilling methodologies were selected by the Qualified Person as being more effective at recovering sample material through intervals of oxidized and friable mineralization known to occur near surface on the property than was previously achieved by diamond drilling on the property.

The Highland Gold property covers an extensive cluster of high-grade gold occurrences in an area that has seen very limited exploration. The property is located approximately 60 kilometres northwest of the city of Sydney, Nova Scotia in the Cape Breton Highlands. It consists of staked mining licenses on crown land that covers approximately 5,408 hectares. The property can be easily reached by a major road (Highland Road) and a network of logging roads.

Work completed by Transition has highlighted large scale structures, strong alteration and widespread bedrock mineralization that are consistent with aspects of an epithermal gold system. In particular, the high resolution airborne magnetic survey highlighted a large (4 kilometre long) region of low magnetic susceptibility developed around one of the major structures on the property associated with widespread propylitic alteration. Figure 1 depicts the project location, known zones of mineralization and recently completed holes.

RC drilling produces a mixture of crushed rock powder and chips which are flushed using compressed air from the bit face through the rods to a cyclone bagging system at surface. Samples were collected at the drill using a cyclone bagging system at 1 metre intervals as drilling advances. Each one meter drilled run produces approximately 16-20 kg of sample material which was homogenized and representatively split on site such that approximately 25% of the sample was submitted for assay with the remainder available for use in composite sampling, duplicate analysis or discard. Transition Metals’ QA/QC procedures conform to industry best practices and include the insertion of field and lab blanks and duplicates. Samples were prepared on site by Company representatives and securely shipped in sacks secured with zip ties to the lab for chemical analysis. All analytical work performed on samples was conducted by SGS Laboratories in Lakefield, Ontario. Samples were dried, weighed then crushed to 75% passing less than 2 mm, with a 1,000 g split pulverized to 85% passing 75µm screen. A 50 g aliquot was analyzed by fire assay methods with samples returning greater than 10 g/t gold being re-analyzed by fire assay with a full gravimetric finish. The quality system used by SGS complies with the requirements of ISO 17025:2005. Where duplicate analysis exist the average of the values obtained was used for reporting purposes.

As previously announced on January 22, 2019, Transition has exercised its right and option to earn a 100% interest in the Maude Lake Property by issuing $25,000 in cash and $25,000 worth of Transition shares to the Vendor. The Vendor has retained a 2% Net Smelter Return royalty (NSR) with Transition retaining the right to buy back 1.5% of the NSR for $2.0 million.

The technical elements of this press release have been approved by Mr. Greg Collins, P.Geo. (APGO, APGNS), Chief Operating Officer for Transition Metals and a Qualified Person under National Instrument 43-101.

Transition Metals Corp is a Canadian-based, multi-commodity project generator that specializes in converting new exploration ideas into discoveries. The award-winning team of geoscientists has extensive exploration experience which actively develops and tests new ideas for discovering mineralization in places that others have not looked, often allowing the company to acquire properties inexpensively. Joint venture partners earn an interest in the projects by funding a portion of higher-risk drilling and exploration, allowing Transition to conserve capital and minimize shareholder’s equity dilution.