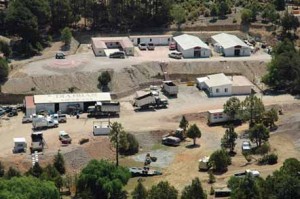 The Company installed a leased, 1,250 kva generator to increase mill throughput to bypass delays in the installation of the power substation that will provide power via the Company’s newly-constructed 10 km power line.  The mill is now working on a combination of generator power and line power. Once the work on the power substation is completed, which is expected to be complete by year-end, the mill will operate off the national grid power system.

“The increase to 2,000 tonnes-per-day at the Piedras Verde plant is another important milestone achieved by the Mexico operating team. At this rate, we expect the production costs per pound of copper to be reduced significantly,” says Daniel Tellechea, president and CEO.

Sierra Metals Inc. is a Canadian mining company focused on precious and base metals from its Yauricocha Mine in Peru, its Bolivar Mine and Cusi Mine in Mexico. In addition, Sierra Metals is exploring several precious and base metal targets in Peru and Mexico. Projects in Peru include Adrico (gold), Victoria (copper-silver) and Ipillo (polymetallic) at the Yauricocha Property in the province of Yauyos and the San Miguelito gold properties in Northern Peru. Projects in Mexico include Bacerac (silver) in the state of Sonora, La Verde (gold) at the Batopilas Property in the state of Chihuahua, and Las Coloradas (silver) at the Melchor Ocampo Property in the state of Zacatecas.